A huge part of whether social change happens depends on what narrative people get. Whether publishing, social media, scriptures, what our friends and family repeat-stories literally shape our ideals, perspectives, what we do, who we support.

We have this illusion that we are given all the facts and are coming to our own conclusions-an illusion supported by the sheer volume of information we have access to that we didn’t before. I can see videos of police brutality in real time from a protestor on the street-I can see with my own eyes proof that a black man was assaulted. That isn’t an illusion. But the idea that because I have access to that democratizing flow of information my world view isn’t shaped is false. The narratives I see are still shaped by people who have agendas of their own-but it has become so seamless that it is hard to see.

Based on that illusion I was wondering why I was mostly fluff from O, Oprah Magazine on my social media feed. It seemed the strangest omission for this TV mogul, this billionaire who can make an author a best-seller with a recommendation, who produces Black TV and movies, who champions representaion-Oprah Winfrey knows how important her voice is. She knows exactly how to shape the way we think about issues, she hasn’t shied away from supporting the Black community. So why was I getting nothing but stories of Taylor Swift’s makeup? Or Meghan McCain’s pregnancy? Why wasn’t her name on anything related to George Floyd’s death, or Black Lives Matter, or protests around the country. It was a glaring omission. I had been on social media almost non-stop for the last 48 hours, glued to footage to try to make sense of the sheer volume of violence enacted by police on peaceful protestors, and these were the posts I saw from O Magazine. 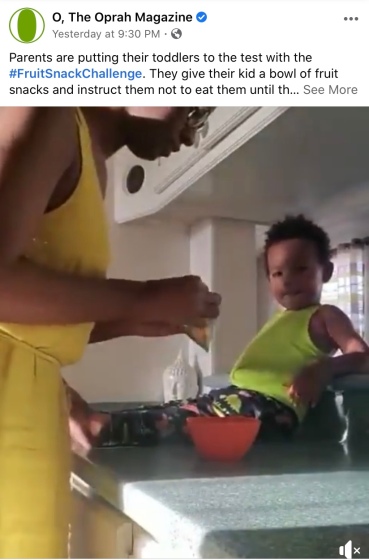 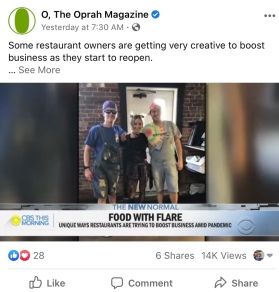 So I went to the O, The Oprah Magazine’s page instead of relying on what was in my social media feed. It turns out that some algorithm had decided that I only wanted to see the fluffy posts. The next eleven screenshots are from O Magazine posts I had never seen. 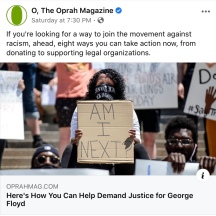 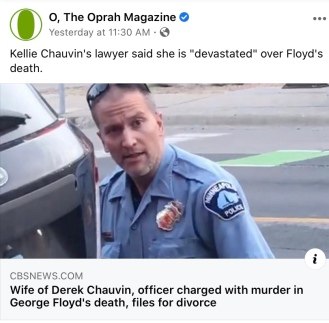 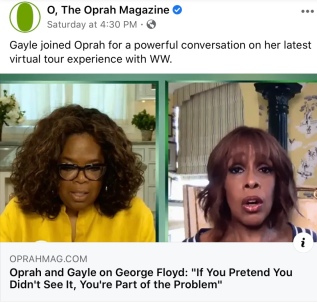 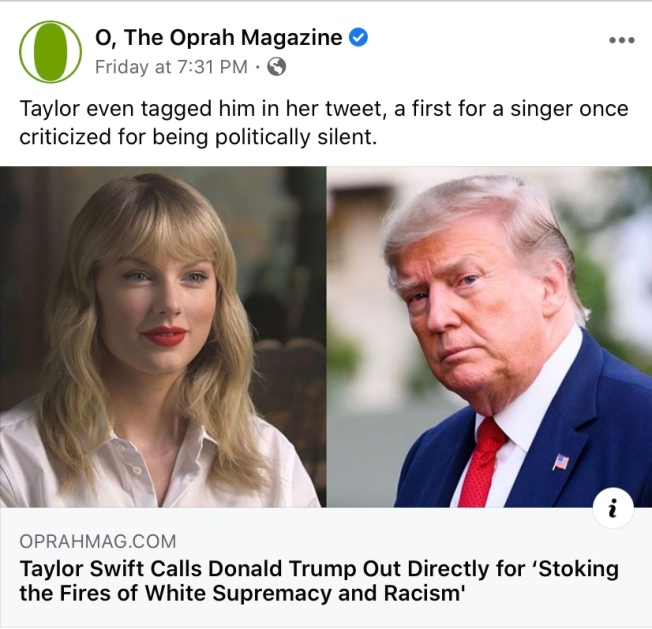 Every single post about Black Lives Matter had been buried and hidden-even when the subject of one of those posts was Taylor Swift, a celebrity the algorithim had already decided I was interested in hearing about. Most startling to me are the posts where Oprah is directly addressing white women and their role in upholding systems of oppression-and I never saw them.

1.These are suppressed for a reason-if we had access to these stories about people caring deeply about injustice and police violence and racism it would absolutely shape they way we see the world. And there are obviously people who do not want to see that happen and are keeping white people from seeing this. These stories MATTER.

2. Even a billionaire with a media empire is subject to racist algorithms suppressing the messages she is trying to send. Do you have any doubt that social media had tried to suppress people without her vast resources and connections?